Since 2020, Eleven Sports, TV rights holder of the Belgian Pro League, offers its viewers live game moments just as lively (or even more so!) as in the stadium! And this, to the delight of its fans!

The sports and entertainment media group integrates several elements of the DELTACAST sports suite, including the DELTA-live software, which displays statistical data and AR (augmented reality) graphics during live games.

We had the chance to meet Patrick Stein, Editor-in-chief at ELEVEN SPORTS BELGIUM, to talk about AR graphics, the fan experience and the future! 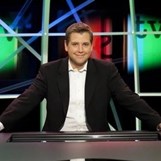 While fans are returning to the stadiums, how did it impact the TV audience?

We can see that the return of the public to the stadiums has not resulted in a loss of audience, not at all. In fact, the return of the public to the stadiums, after the closed doors imposed by the COVID-19 situation, has rather allowed to record peak audience. It turns out that our viewers prefer to watch a match with a public in the stadium rather than without. There is an 'emotion' factor at play. Last November, on the 14th day of the Pro League, some 370 000 viewers watched Standard de Liège-Club Brugge and almost 432 000 for the match between Antwerp and Anderlecht. Even more, on MD20 we noted a global record audience of more than 1M viewers. An absolute record!

What are the main challenges of using AR graphics during a live broadcast?

The augmented reality graphics allow our consultants and commentators to pinpoint sequences of play. These elements of live football game analysis bring a real plus in terms of audience. While DELTA-live is a well-known tool for our technical operators, we realized that they were not using it enough. The speed required for live broadcasting means that they run the risk that the on-air graphics will not have the desired effect on the viewer. Today, we clearly encourage a daring attitude towards the use of DELTA-live in the control room.

Do you have the magic formula for boosting audiences?

The magic formula is a mix of various components, both human and emotional, but also enhanced with live commentary and statistical analysis. When we noticed that data were being underutilized in live broadcasts, we decided to put more emphasis on the visualization of certain phases of the game.

At ELEVEN's request, DELTACAST developed new features for DELTA-live, such as the penalty map and corner zone. 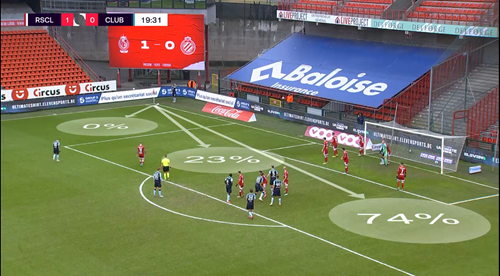 We are very happy to see these new features brought to the screen since January. It's a real improvement for the audience watching the game live on TV. To date, two to three matches per weekend are monitored by the DELTA-live tool from DELTACAST.

Are there any other projects on the table?

I was recently inspired by an animation reproducing the tactics of an American soccer team. In addition, we are thinking about offering new graphic effects, simple and effective for the analysis of matches broadcast on Saturdays. DELTACAST has proven to be the right partner to work on these projects.